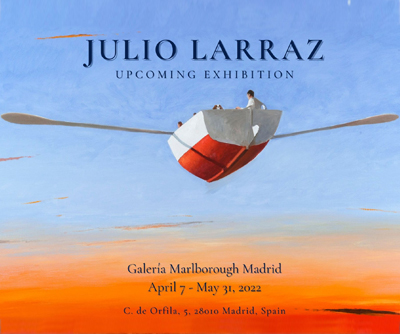 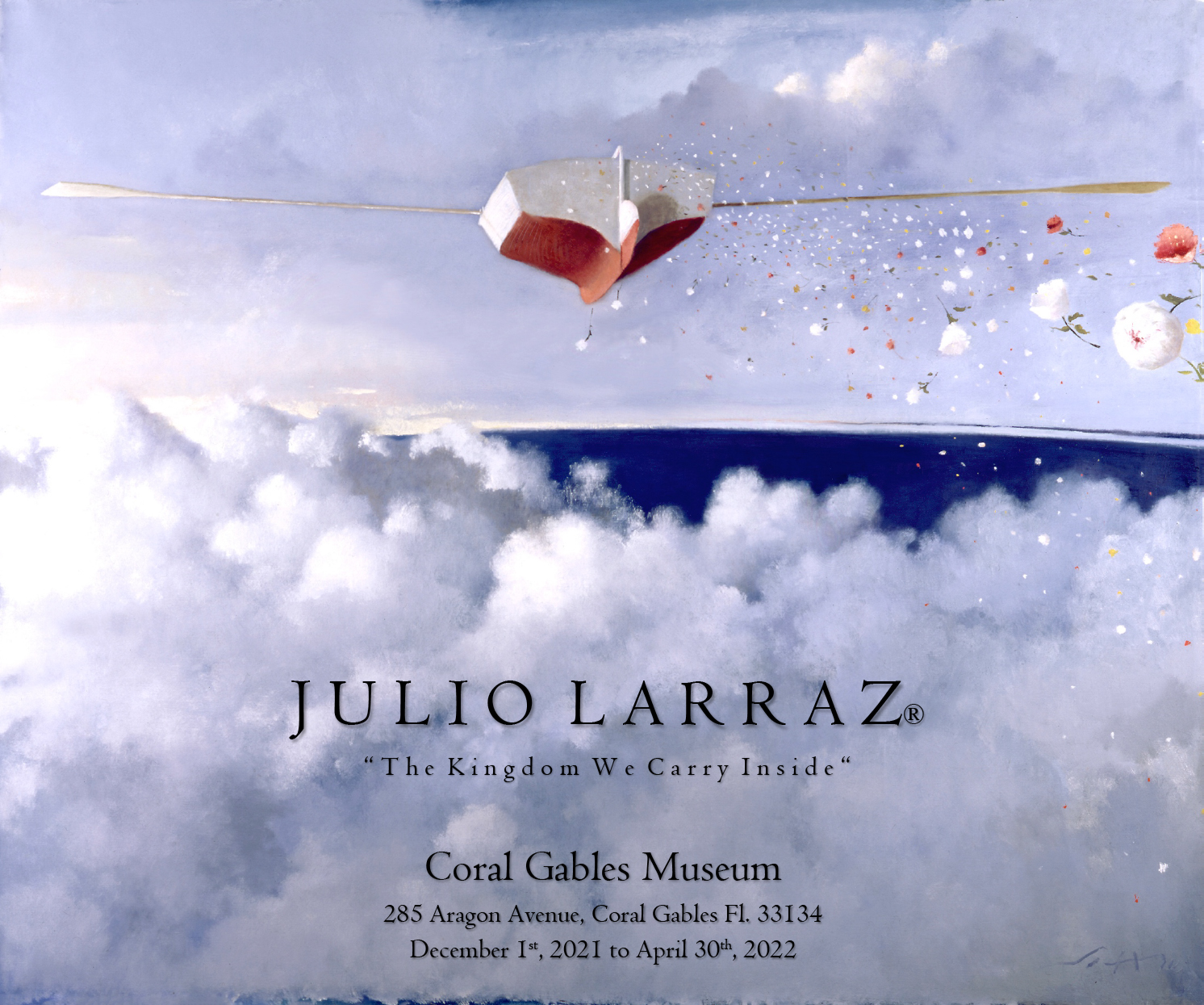 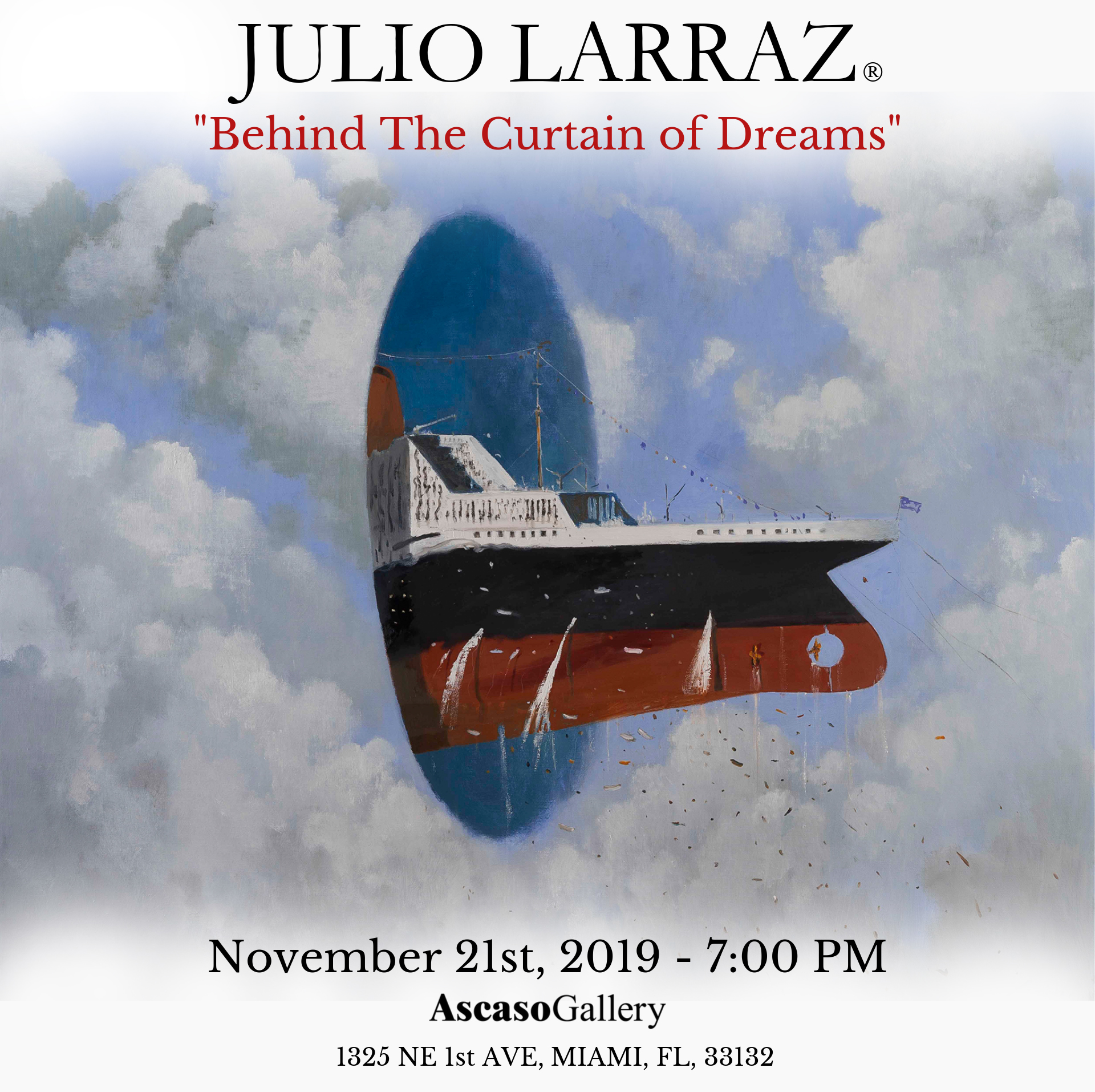 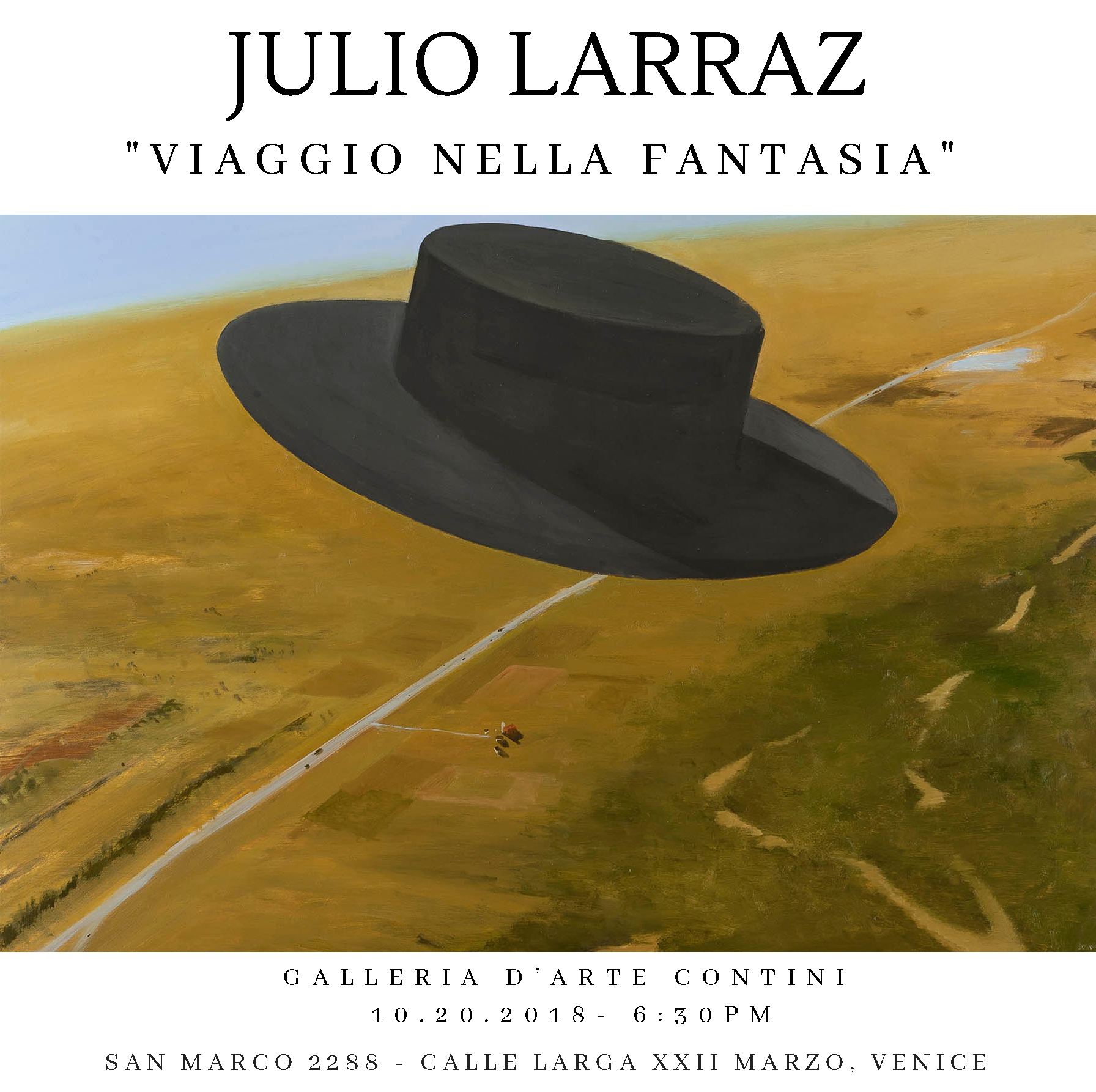 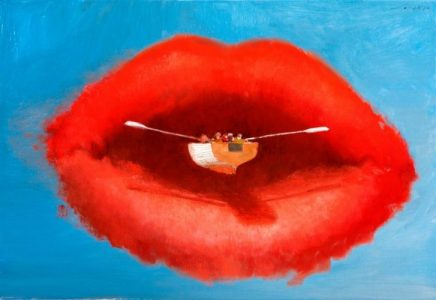 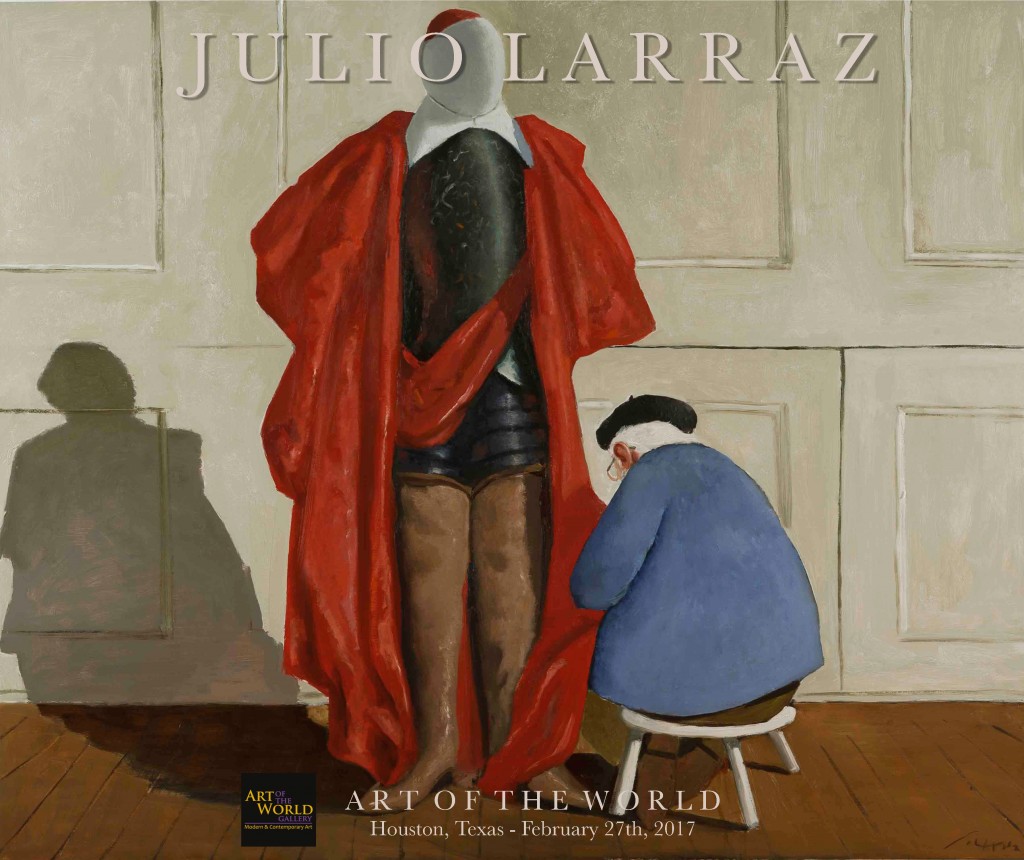 Art of the World Gallery 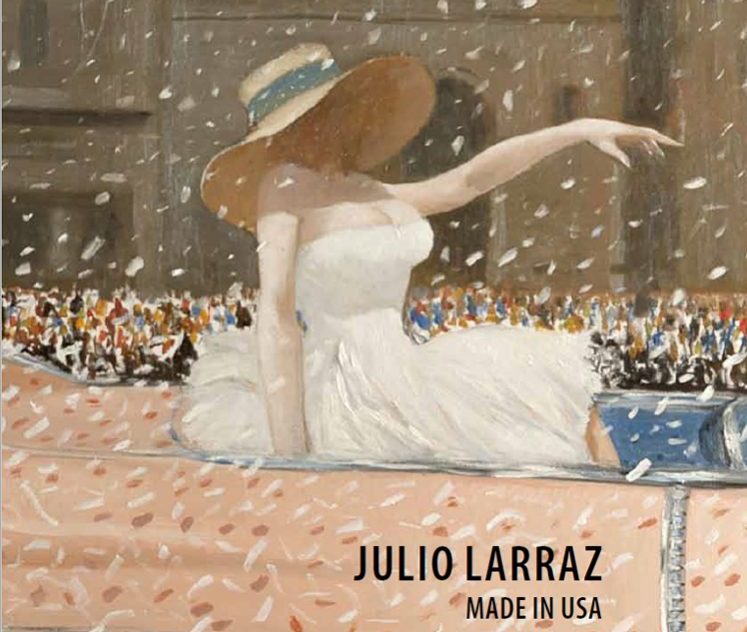 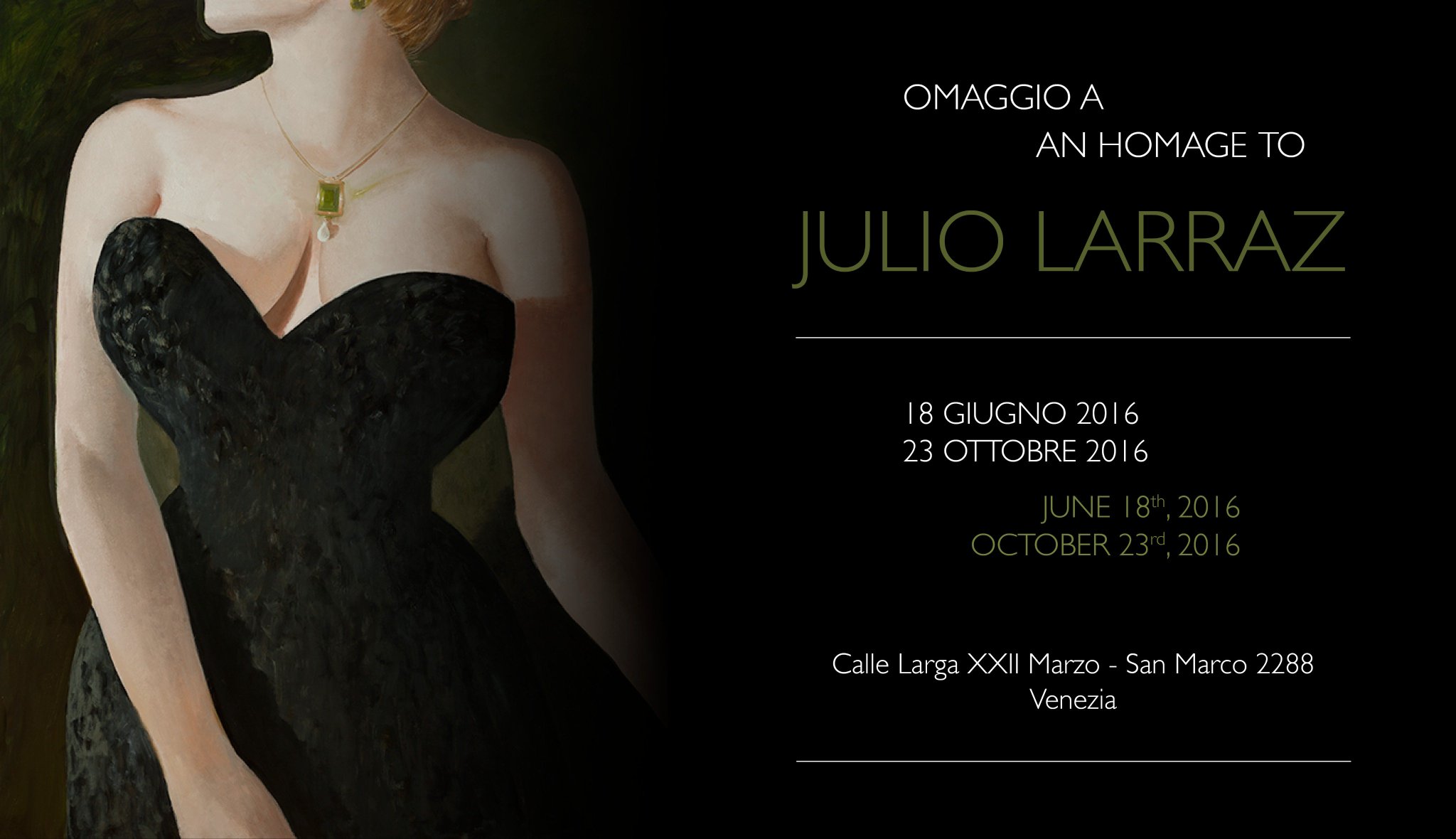 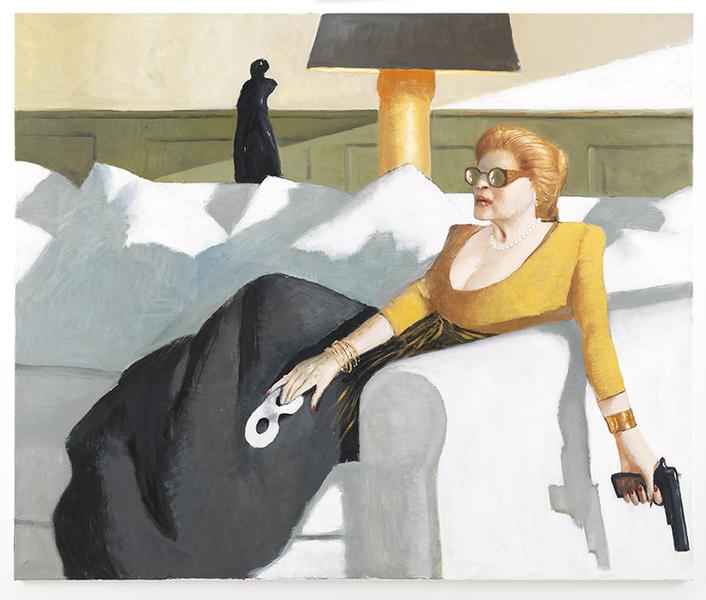 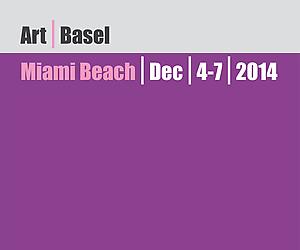 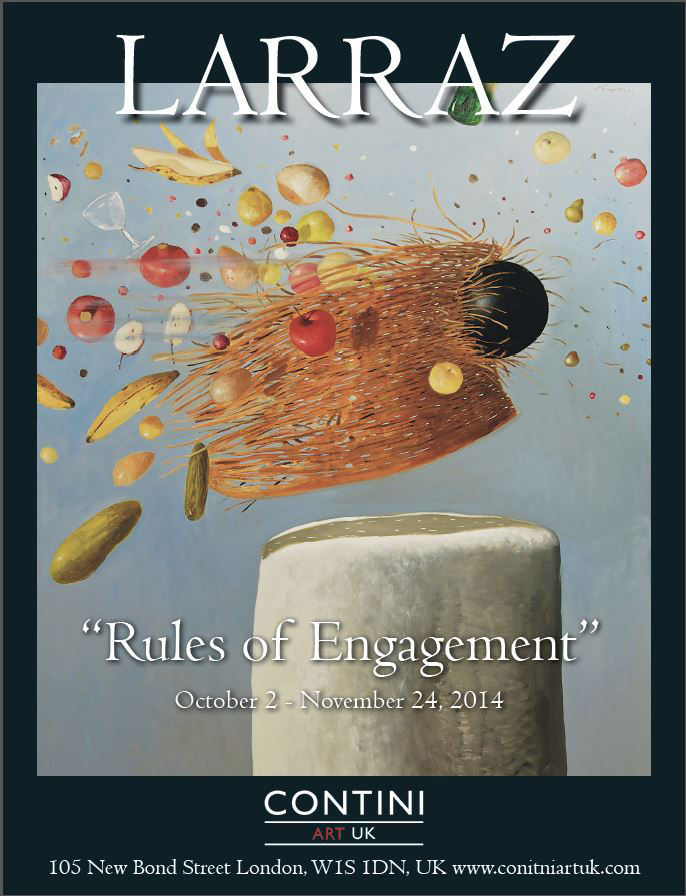 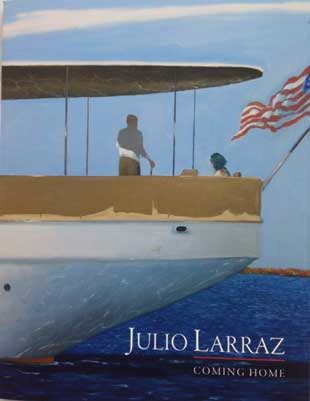 Julio Larraz’s painting is a monologue. Somebody, or something, quietly converses with itself while retiring to the dwellings of mystery and enigma. Pictorial enigmas are solved in images withheld in memory, in communion with life and nature. In turn, adoration of life and nature starts from the passion to investigate in poetic-visual metaphors. When the artist tells us that there is something of narrative in his painting, he certainly reaches high literary decibels. Each painting is a dazzling vision, not quite for its realism, but for being so close to the everyday-life of being, of a man or woman progressing through several existential stages where power, love, money, nature, natural or urban settings, have gnomic accents. Similar to the poets who, in a few words, can either state, offer or compose utterances of moral content, Larraz, walling up the visible realm, with a few images, often truncated or clipped, offers a full vision of subjects that deeply move the spectator. In Ascaso Gallery “Coming Home”, a yacht appears in front of the spectator, entering a tunnel located in the center of a huge solid mountain, with some visible incongruity in the relationship between the ship and the mountain, while in Cosette Aboard La Temebunda(2012), half a woman’s body is standing on the tip of a yacht, both of them clipped, being thus necessary to reconstruct them with the imagination.